Theatre: An Effective Medium for Communication and Reflection 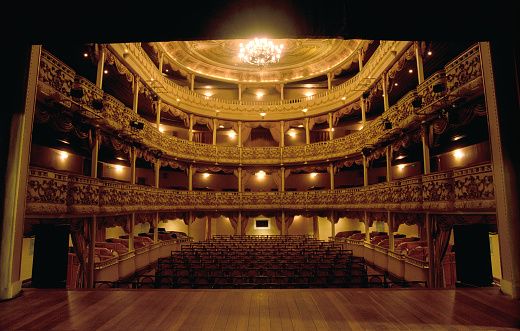 For centuries, theatre, or rather, drama has been used to present creative imitations of society and the human condition. Be it the mimes and gags of Commedia dell’ Arte in 16th century Italy, or the dramaturgical prescriptions of our very own Bharat Muni in his Natya Sastra. However, while holding up the mirror for reflection may be the highest objective, the dramatic form is foremost used to simply tell stories. From fairytales for children to gossip exchanged through the grapevine at work, stories are an active, undeniable necessity that add color to everyday life. They fuel our imaginations, allowing us an escape from the drab fixtures of reality. Be it a novel, film or play that you enjoy, what you are essentially enjoying is the act of storytelling. An act that is unifying and invigorating for both, the storyteller and listener. It is the intuitive trust that we place in our knowledge of a story that makes it the most effective medium to place messages, morals and any fodder for reflection. The act of theatre takes this experience a notch higher by bringing alive in flesh, blood and breath, these stories. Simply put, theatre may be defined as an act of dramatic expression received by an interpreting, anticipating individual. Although its conception cannot be dated back to a single point, it has evolved across centuries with new genres, styles and audiences that encouraged the experiments of their storytellers. As a practice, it simply exists; like architecture, permanent yet changing and unquestioned.

Communication and reflection achieved through theatre is a two-way process. In order for a performer to communicate with an audience and cause them to reflect, he/ she must themselves have undergone an internal communication, rather, introspection concerning the text they are to bring alive in dramatic form. Theatre demands malleability from its performers that would allow them to inhabit characters and situations effortlessly. It demands an equal malleability from its audience, who must have real emotional reactions to an unreal world. It is only when this two-way cooperation of efforts is achieved that any effective communication can manifest.

Aristotle attempted to uncover why an audience is so particularly drawn to drama and tragedy in drama. His answer was catharsis, a primary psychological function of drama, especially tragedy. Often, he noticed, audiences were left feeling relieved or even elated at the tragedy of the protagonist in a play. This, he called, ’The Pleasure of Pity and Fear’. Through characters in a play, audiences can have their innermost beliefs, fears and insecurities verbalised by a character, and then watch from a comfortable distance as this character bears the implications of this naked honesty. For example, as Hamlet waxes eloquent his ’To be or not to be’ dilemma, we reflect on his words and may even be momentarily disturbed by our reflection, but the final weight of those words lies solely on Hamlet. A fictitious character that has triggered our catharsis or purification.

Most importantly, while it may conduct itself in crowded auditoriums, the experience of theatre is personal, and thus, its communication most effective. In our experience at Leogirl Productions, we often hold audienceinteraction sessions post-performance. A personal connection to the content is made evident here as different audience members relate to various scenes or characters from the play. The message we attempt to communicate is delivered to them through the sieve of their own personal notions and experiences. Many may regard this element of subjectivity to be an obstacle to foolproof communication and reflection.

This is not entirely untrue. The subjectivity and abstract nature of art can often make definite messaging through an artistic medium seem like a risk. Our first production, Woman Phenomenal, simply presented 10 short windows into the lives of women ranging from the ages of eight to 80, from different socio-economic backgrounds. Nothing was explained; we expected the audience in the organisations where we performed, to synthesise the information they received from all 10 stories to derive our intended central theme: the paradox that is a woman. While the play received acclaim, it did not have as many takers as compared to our next two ventures, Rainbow Shadows and Ambika, both of which include several monologues explaining the message of the play to the audience.

To the reader, the former half of the piece may seem a more idealistic view of theatre in theory, while the latter touches base with the ground realities in the execution of theatre for messaging. I disagree. In the 1960s, a Brazilian theatre practitioner, Dr Augusto Boal, developed the process of ’spect-actor’. Here, instead of offering their reflections at the end of the performance (as is the format of Leogirl Productions and most theatre groups), the audience is allowed to interject while the play is in performance and offer their improvisations, reactions and reflections. The audience is empowered to not only imagine and introspect on the potential for change, but actively participate in the theatrical movement for it.

Boal’s process can only be derived from an unshaken trust in the like-mindedness of the audience. Herein lies the future for communication through performing arts. While the subjectivity of theatrical expression may be viewed as an obstacle, Boal, several other theatre practitioners and I view it as an opportunity to invite the audience into the infrastructure of their own reflection and impact that of others. No other medium of communication could lend such personal power.

Theatre is clearly an under-utilized medium for driving change within organisations. The platform to enact varied situations and the interplay through dialogues is a powerful medium for presenting layered issues surrounding themes such as woman empowerment, multi-generations at work and the challenges emanating from mental models, beliefs and tradition. Drama has the power to engage audiences deeply and produce thought for reflection in an entertaining manner through story telling.

The attempts made through Woman Phenomenal, Rainbow Shadows, Ambika have received great resonance from the audience who have related to the characters, their dilemmas and confusions, despair and were able to resonate and internalise the proposed solutions or journeys of the protagonists. This impact could not have been accomplished through a training programme or case study. The real power of theatre is incredible and can provoke individual and social change through its engaging storytelling.

Priyanka Banerjee, is the Founder of LeoGirl Productions.

Bring the Delta Of Excellence to Your Organization Today...